One of the greatest lessons you could learn when it comes to compressed air distribution is to never underestimate the damage that can be caused by condensation and contamination. In order to maximise equipment lifespan and productivity, it is imperative that compressed air is treated based on an understanding of external conditions and required application.

There are several types of contaminants that can be found in a compressed air system, the most common including:

Much of this contamination is drawn from the atmospheric air, which is known to contain between 0.05mg/m3 and 0.5mg/m3 of oil vapour from sources such as car exhausts and industrial processes. Also collected in atmospheric air is water in the form of condensate, occurring when the air is cooled to below ambient.

There are however, other sources from which contamination can occur, including the piping network and the compressor itself. This is usually due to general wear and tear of such equipment over long-term use.

The presence of moisture and particulate matter in compressed air can have a severely detrimental effect on the distribution system. An inconsistent supply of dry, clean air has the ability to cause costly production problems, air leaks and pressure drop, as well as further damage and corrosion to equipment. It is therefore vital to properly control condensate and contaminants by following these three basic steps – dry, filter and separate: 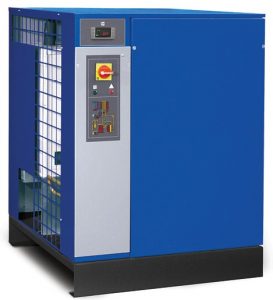 Integrating an air dryer into the compressed air system is an effective way of removing condensate from the air before it reaches point of use.

When air is compressed, the water content is concentrated, allowing vaporised water to travel through the system. A refrigerated air dryer cools the compressed air, during which any water present is condensed and then mechanically separated and discharged. The remaining dry air can then be re-heated and moved through the piping network. 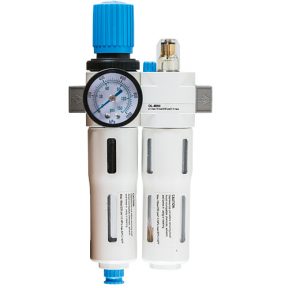 A well-planned filtration system is integral to producing clean, dry compressed air. Filter packages vary based on application, however will commonly include: 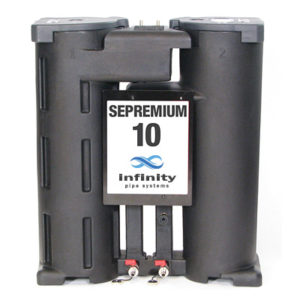 It is important to consider the environmental impact of your compressed air system. Besides water, condensate typically consists of 200-500ppm of oil, which equates to up to 5L of your annual condensate collection (based on an average 18kW compressor). Discharging this mixture into the ground or river can have a devastating effect on plants and wildlife. Furthermore, discharge to the sewerage system is likely to cause treatment plant malfunction and contravene local council laws.

An oil/water separator works to isolate oil from the condensate generated by compressed air systems, allowing you to then discharge the isolated oil in an environmentally safe manner.

In order to devise an economical compressed air plan that will best suit your needs, it is important to speak to an experienced compressed air consultant. For more information, contact Infinity Pipe Systems on 1300 272 982, Australian experts in the field of compressed air efficiency.

Choosing the Right Filters for Your Compressed Air System September 24, 2019